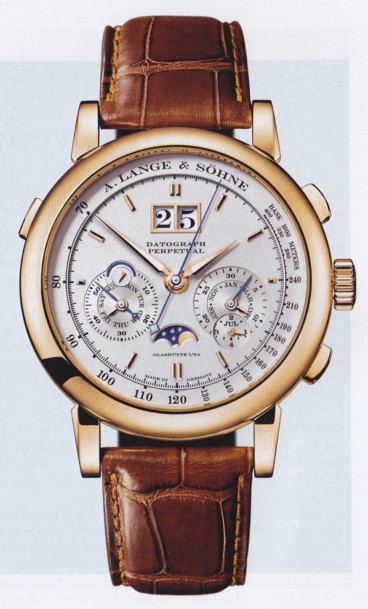 I had lots of expensive, fine, genuine watches, Omega's, Universal Geneve, (TAG) Heuer, Longines, just to name a few. I loved them, all. Until some stinking smelly skunks, human trash (this is what thieves are, NOTHING else!) got into my house while I was sitting in the livingroom, and took them away. They got 15 of these, nearly all of them irreplacable. I had only one left: a Porsche-watch I was wearing. That hurt. In the meantime this one has been stolen too: That hurt again.

Especially since these wrotten bastards decided that it was easier to steal what others worked and saved for to be able to buy it. They got it for free. At my expense.

Now: These watches may well be exquisitely crafted and priced accordingly, but nobody in this universe can convince me that they can do anything better than my 3 US$-LCD-plastic-quartz. Because they cannot: they do not even come near. 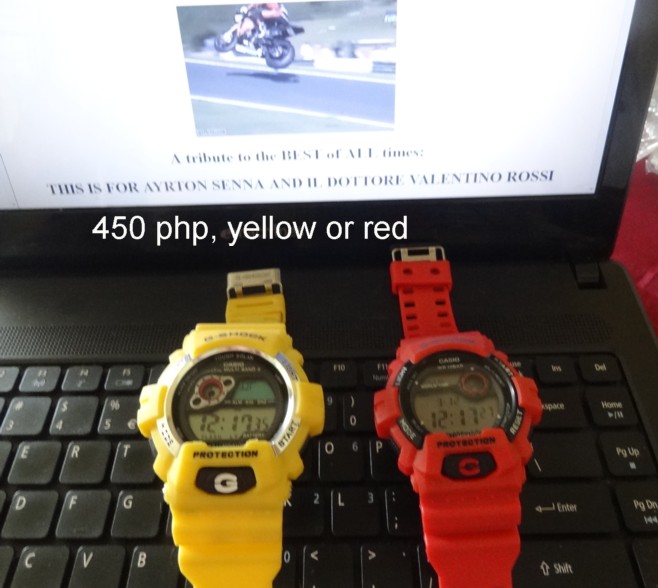 cheap LCD Chrono - one of the best!

The opposite is the case: The chinese PVC gives me ten times more than the most expensive swiss or (2.winner!) german watch (Glashuette, A.Lange & Soehne, Sinn, Union Glashuette - forget ALL the others! ) is offering: all my genuine expensive watches, especially those with even more expensive swiss "chronograph certificates" were either to slow or to fast - You had to correct them all the time.

Breitling's with these expensive certificates are known to be wrong 10 record-suspicious seconds per DAY, they often stop moving at all during the night, and they are losing these rings around the dial, and nobody - even not the manufacturer! - knows how to fix that. I never had one because I was lucky enough to hear this story from everybody who had one - BEFORE I bought :) Nevertheless everybody on the planet seems to believe he must own one. So they buy.

But they NEVER buy another, a second Breitling, not again ;)

So if You should intend to do that You better do not believe me. Make the reality-check Yourself and ask people who have those whether they still like them. Otherwise You are better off with IWC, Zenith, Omega, Rolex, (TAG) Heuer, Porsche, or such. 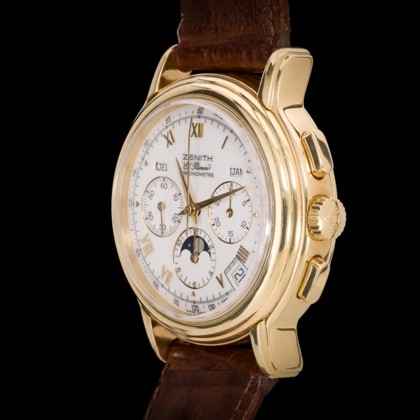 Plus: if You do own and wear only one watch You are fine. If You have 15 You are not fine any more because it takes You a few minutes any time You want to change because You have to restart it, and You have to readjust it, and this means change to the correct date. After You have done that 20 times You do not do that any more.

This means that You are wearing an expensive watch, which is neither showing the correct time, it also does not show the actual day or date.

So You are running into the next calamity: These people look at Your watch, and that is what You want. But they do not dare to let You see their envy. You have to observe them staring whenever they think You do not notice. Maybe only 1% is easy and tells You: "Beautiful watch, Sir!" , and You LOVE them for saying that! And then You die: "But, Sir, does it not work properly any more? Is it broke? All the indicators are wrong, aren't they?"

There we are, then: It does not really matter whether You own a bad expensive brand-watch that does not do it's job after all, or a good expensive one that is worth the money and passing it to Your heirs, but You do not want to spend half of Your lifetime reactivating whenever You'd love to wear it. (What You can do is buy a "watch-mover": It rotates one or more of Your precious items all the time in Your locker, electric drive, so it"s hopefully ready to go immediately whenever You wish.) Because both are not showing what they should and maybe are capable of.

One more problem: You buy an expensive watch for - let's say: - 5000 US$. This means: You have to spend another 500 US$ every 2 years to have it serviced. You don't service? Watch does not serve You any more - because watch is dead. Then You have beautiful expensive dead watch.

Next depressing fact: Your country's jewellers tell You they are authorized and capable of doing the maintenance, but they are over-estimating their skills: because they are NOT good enough to do that. Believe me! Having done the maintenance for Your multimillion$ waterproof swiss watch it gets a few raindrops, and it's dead. Then You go to Your jeweller and cry and complain. And then HE tells You: "Oh, sorry, Sir. Didn't I tell You that after the service the watch is NOT waterproof any more?" IF it ever was. Nobody I know who owns such a beauty goes diving with it. And nobody who is halfway smart takes it into the shower. Why should You do that? Are You in a hurry showering? You better enjoy Your shower with our smart smartphone waterproof diving-bag: Because You can take pics and videos in the shower, listen to Your music, watch movies, make calls, and set an alarm. So WHY would You take Your expensive allegedly waterproof diving watch into the shower?????

And then You realize, that even AFTER You bought the watch and it was new it was SMART not to dive with it. Or shower. Who wants a 5000 $ plus! shower? A gentleman! He should only show the cufflinks!

Now You know, now You are smarter. Now You send Your watch to Switzerland to have it serviced. You get it back, it is waterproof. For a certain limited time. BUT: there is a "but" : You do that only once. You never do it again. Why not? Beause of CUSTOMS. They will consume Your money PLUS Your lifetime. This is NOT what You want, this is NOT what You paid for!

Now for my 3$ chinese plastic, non-branded or with a stolen brand on it: it's almost always precise. It displays: precise time (You may adjust it once a year!), day, date, month, year. Absolutely gorgeous chronograph gives You: added time, split time, lap-time, count down-time, 1/100 of a second precise - NO 100.000 US$ swiss moonphase Patek Phillipe-chronograph can do that. Usually their certified movement slows down even more whenever You start the stopwatch. Quartz don't care if they run 3 parallel procedures. Then they have alarm. My cheap chinese plastic is absolutely waterproof. I take it down diving. DEEP down. Many don't fail. And if they do - they do not! - I have another 3$ unit with me. NO problem.

I know people who have exquisite watches. But I do not know anybody who carries 3 of these when travelling so he can throw them away after they failed during a swim or dive.

So I can take my cheap chinese LCD into space, 4000m below the sea, and I can throw it out of an Airbus A 380 at en-route-altitude angels (or: FL - for flight-level) 330 (=11000m). If I find it it will work. If I cannot find it anymore it will work fine for the escimo who finds it. Throw it into Your swimming-pool, into any river or bay near: Whenever You dive down it displays correct date and time precisely. 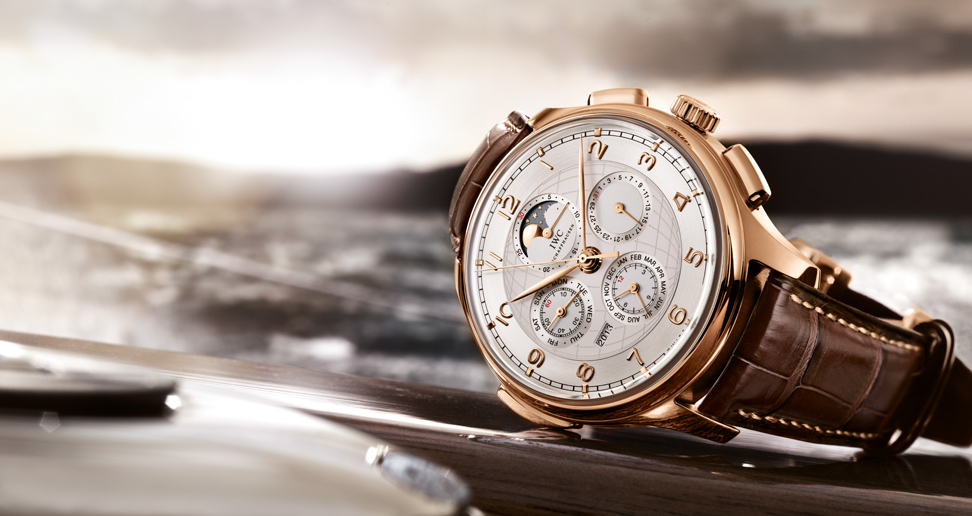 The next 3$ generation have cam/video-function (I sell these already!) - PLUS I don't know what. Spy-watches. They record what You are witnessing, but are not allowed to share. To whom it concerns. If You do not have a phone.

IF You have a phone it tells the time for free, and more precise, better than any of the precious swiss items. It reminds You of Your appointments and dates, and when to go where.

This is the reason, actually, why nobody needs a wristwatch any more: since everybody carries more data than he ever needs, exact time included, in his phone. No extra weight.

Meaning that a demanding heavy expensive exclusive brand watch is good for almost nothing. Like that lovely fake Greek statue of a half naked Aphrodite that You put into Your garden and expose in Your entrance hall for the greedy, needy, hungry voyeurs.

There is one concern, though. I wasn't wearing a watch for three years - and I was happy. Naked wrist is a pleasure. Somehow.

Because: Nothing beats a beautiful watch. At the party yesterday there were the guys with their Rolex'es, Omega's, Longines, IWC's, Zenith's, and so on, and those without. The guys with were looking for the time all the time, and more extravagantly. The guys with LCD's never did. Actually You could see them trying to hide their LCD's. 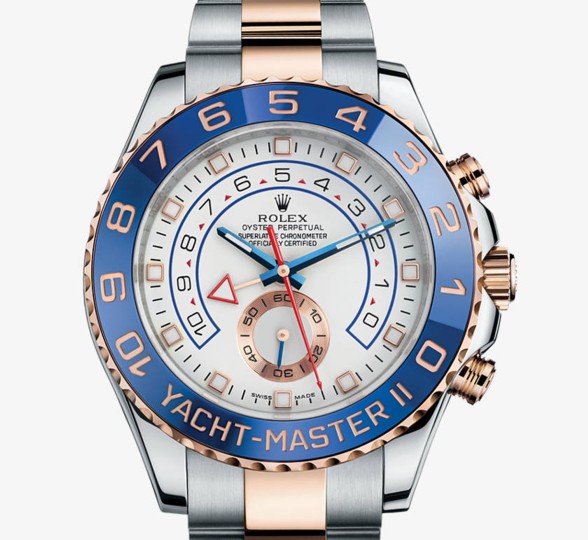 That's why Rolex'es are expensive. People in public transport do not wear these. Nor do the guys who go fishing. Be it, then, they do that on a 1 million $-boat, thundering thru the seas off Nassau or Bimini, or so, and they are after the Blue Marlin.

It's BETTER in the BAHAMAS!

Sometimes You may buy them because they are expensive, because You want people to be impressed. But You should buy them to impress Yourself, buy them for their beauty, because they are special, nice to look at pieces of art. Beauty has it's own reason.

How do You think about art? Would You rather buy simple original art that You can afford? Or produce the art in Your house Yourself? Or would You prefer to say: "I want the BEST on my walls, a Rembrandt, Gauguin, Picasso, Warhol, whatever."? Then You buy copies. And You don't do damage to any auction at Sotheby's id You buy a fake, a replica. Most replicas of cars are TERRIBLE, especially cheap fake Cobras. But there are good ones, also. And I really like some Porsche 356/speedster Replicas. And I think I would even prefer them over a real one: because they are better, stronger, faster, more fun.

Then what about watches? I think it is a bad thing to copy watches of major brands. But I do not believe that anybody who has the surplus to buy an original Rolex would not do that and buy a replica cheap. So Rolex does not lose only one sale because the customer takes the replica.

In this sense they have no damage, no loss. But since Rolex is being copied without authorisation this is not ok. The chinese should be fair, and have their copies authorised and pay fees. Or not call them "ROLEX". 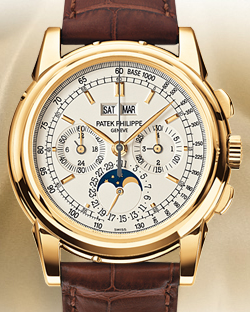 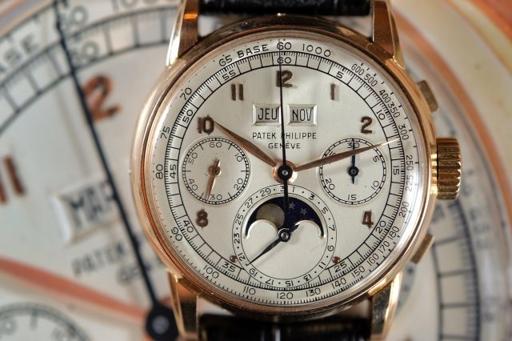 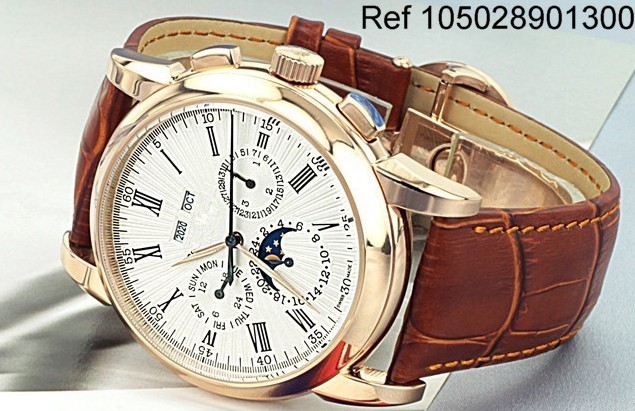 So: if You buy sth, sth You do not need at all they call that luxury. And the more You pay the more luxurious are these beautiful superfluous artefacts that make us feel better, let us enjoy life a lot more intensively. Checking the time, admiring Your wrist-beauty again and again keeps You happy for the hour at least! It makes Your hour.

And of course You can find very elegant watches with great design for cheap: I bought several Jaragar Tourbillon watches, because they are so elegant. They look expensive but they are not. I gave one to a high level manager who owned expensive genuine watches and I found he switched and wore the Jaragar Tourbillon every day. Still years later. Because he enjoyed the watch.

But there are flaws, especially in an aggressive environment - I was living by the sea in salty air: after a few years the movement was and is still reliable and precise, with no service! But the body corrodes. Not so nice. And You have to replace the wristband immediately. The cheap chinese fake leather fails soon. The watch falls to the floor or out of a window.

But who cares. Then You throw it away, after a few years. And get another one for just about 30 US$. LOL. So I am buying them again. Not always the genuine ones, as I should confess here. And I love to wear them. And it makes me feel good whenever I look at them. And I love it when the people who are not embarrassed to admire them too tell me - well, You already know what.